Some festivals around the world can get pretty crazy but that doesn’t mean dropping F-bombs and other words of profanity won’t get you into trouble. Does knowing this kill your happy?

Fret no more! Awesome Japan celebrates the annual Akutai Matsuri on Mt. Atago’s peak in Ibaraki. Also known as “The Cursing Festival”, it’s celebrated during the third Sunday of December, where anyone is free to cuss—in any language. We’re pretty sure anyone who’d like to release their pent up anger would find this festival cathartic!

Two centuries ago—the Edo period—the festival served as a form of release for stressed-out and overworked souls that toiled in the garments industry.  Most of these factory workers were women who wanted a break from the hellish task of making Kimonos by hand; hence, the cussing. 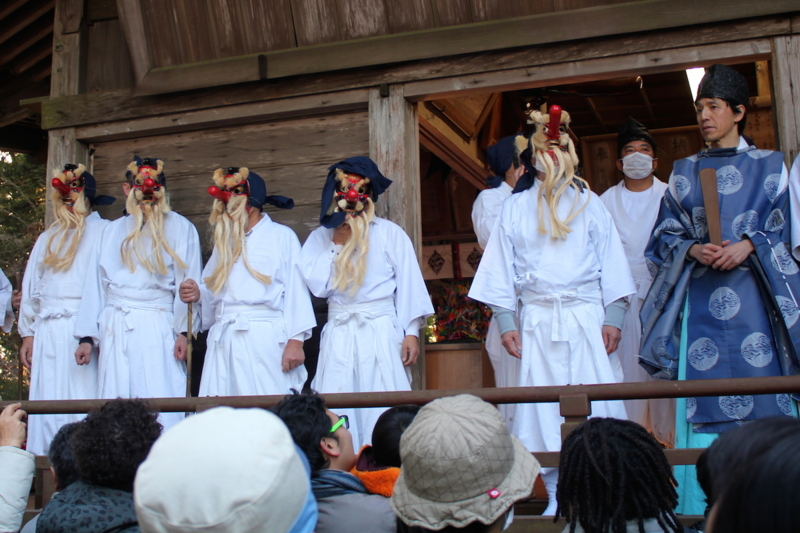 Since the festival is held at the top of Mt. Atago, the celebration includes the thirteen long-nosed, red-faced goblins (tengu), said to have lived in the mountain thousands of years ago.

Hundreds of people participate in the festival where they walk behind thirteen tengus while hurling epithets at them as they make their way towards the Atago Shrine.

Although the festival has attracted foreign visitors,  the level of cursing at this festival is pretty tempered.

The preferred cuss words are “Bakayaro” (idiot) and “Konoyaro” (bastard).

During the 40-minute hike to Atago Shrine, the tengus stop by eighteen smaller shrines to present their offerings while the crowd vehemently curse, swear, and drop expletives as they attempt to take the offerings.

It can get pretty rough as the offerings are known to bring good luck to whoever gets a hold of them.

Once the tengus and the crowd reach Atago Shrine, they receive a blessing from the chief priest. This is followed by the tengus throwing rice cakes to the crowd as a symbol of good fortune.

The journey can be pretty exhausting since you’ll have to travel on foot all the way to the shrine. If you’re planning to take traversing to a whole new level, you can start all the way from Iwama Station, by foot. This should take you an hour to get to Atago Shrine. But for those who’d like to get a feel of the festival without breaking a sweat, the shrine is a 15-minute car ride from Iwama IC.

Some festivals around the world can get pretty crazy but that doesn't mean dropping F-bombs and other words of profanity won't get you into trouble. Does knowing this kill your happy?

Becoming a Sport Power House with an $850 billion Investment

All about the Philippine Tarsier

There is a pillow on the market that streams music

New ‘smart homes’ increase the safety and independence of the elderly

Toyota is working on replacing your car keys with a smartphone

163 New and Mysterious Creatures and Plants Discovered in SE Asia