Rope pulling, rope war, tug rope; whatever you call it, Japan has taken Tug of War into an entirely different level that earned them a spot in the Guinness Book of World Records way back in 1997 up to this day.

Presenting, the World’s Largest Tug of War. It’s an annual festival held in Naha, Okinawa, Japan that attracts more than 250,000 visitors. The large turnout isn’t surprising at all as you can rarely see a gigantic rope that weighs 40 metric tons, let alone pull it in a game of tug-o-war.

Let’s get into the juicy details of this action-packed 3-day Japanese festival celebrated in the month of October.

Every single festival in Japan is linked to either a historical event, a religious celebration, or simply put…tradition.  The origin of  Naha’s Tug of War (Naha Tsunahiki) can be traced back to the earliest period of the 17th century when the battle between the Eastern and Western rulers of Japan took place.  Notwithstanding its violent origin, Naha Tsunahiki is now observed to bring good fortune, good health, and prosperity to Okinawa and its visitors.

At the beginning of the festival, you’ll see men wearing traditional Okinawan clothes standing on opposite sides at the top of the humungous rope. As part of the ritual, the men standing face-to-face on platforms perform a sword dance to signal the commencement of the rope war.

Since the event commemorates the battle between kings of the East and the West, each side represents a ruler. The oversized rope, with a diameter of 4.9 feet has smaller ropes extending from it, so competitors from each side can use those to pull the main rope.

The 30-minute game is a test of strength and harmony as both teams attempt to pull the other side by a distance of 5 meters. In case that isn’t plausible, the team that pulls the other the furthest comes out as the victor. 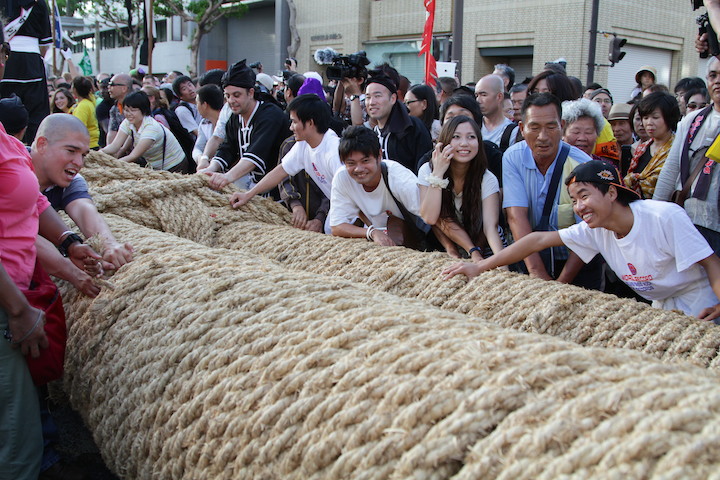 Once 30 minutes is up, whoever wins has the honor to climb on top of the mammoth-sized rope to carouse! 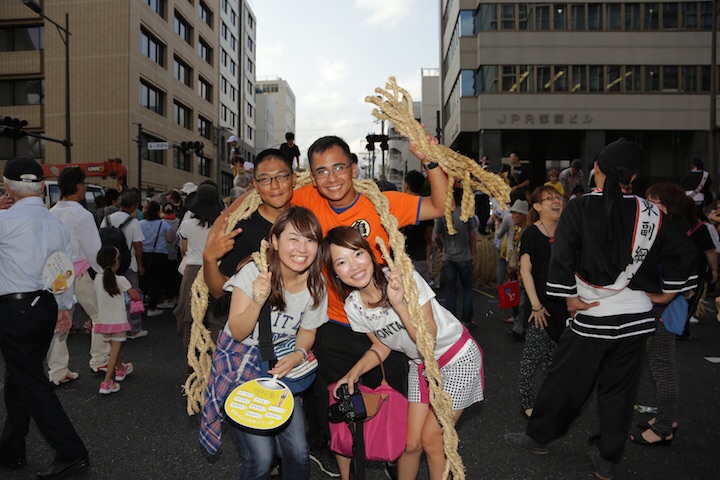 The most interesting part, participants can freely take apart the rope by cutting bits and pieces of it to take home as a keepsake. You can use any cutting tool that suits your fancy—scissors, hacksaw, butcher’s knife, pocket knife, you name it!

Aside from the main event, the rope serves as the venue for various performances! Guests surely get a kick out of martial arts exhibitions to traditional dance performances.

During the Tug of War Festival, Naha is best traversed on foot. Huge crowds join the parade and start to fill the streets hours before the main event even begins.

You can also ride the Yui Rail or Okinawa’s Monorail which grants access to Naha’s main attractions. It operates in Naha Airport to Shuri Station and affords tourists a 15-20 minute walk from the Shuri Castle.

Why You Should Choose Purple for Chinese New Year 2017

Shanghai is Home to the Best Skyscraper in The World

Krispy Kreme Steps Up its Doughnut Game in Japan

Watch Out, Singapore – Jakarta’s Port Is Getting Ready to Steal Your Business

Nissan has built a mobile office inside an electric van