Seijin no Hi: A Day Dedicated to Coming of Age

Japan is known to be pretty big on traditions. One really interesting tradition is the celebration of the Japanese youth’s coming of age. Seijin no Hi is an annual ceremony where 20-year-old Japanese citizens are officially welcomed into adulthood. Here are the things you need to know about this customary rite of passage.

The celebration is held every second Monday of January in different cities in municipalities in Japan. The event began in 1948 and was celebrated every 15th of January. However, the Japanese government adopted the Happy Monday System where a number of government-organized holidays, including Seijin no Hi, were moved to Monday for its citizens to enjoy what most of us know as long weekends.

20 is considered the legal age for Japanese people. Girls and boys are not allowed to get drunk, smoke, gamble, and go out until the wee hours until they reach this age. No wonder turning 20 is a huge deal for Japan’s youth. For them, it’s a sign of freedom to make their own choices and become responsible for their decisions. There’s more to the Coming of Age Day than liberation. Here are the things you can expect from the nationwide celebration.

The event begins around 11:30 PM where participants are welcomed with inspiring speeches delivered by their respective government leaders. For bigger events like in Shinjuku, Nakano, and Shibuya, live dance and music performances are also part of the ceremony. Tokyo Disneyland also takes part in the celebration by hosting a Coming of Age Ceremony in their own turf! 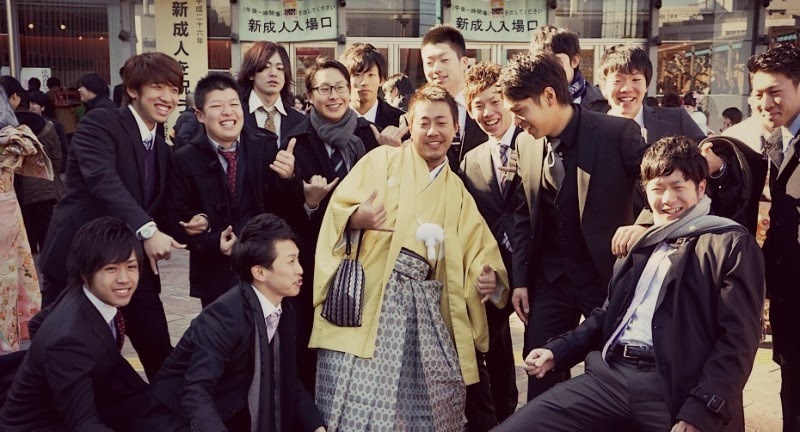 Coming of Age Day (成人の日 Seijin no Hi) is the Japanese holiday celebrating all those who turned 20 in the last year, and to help them realize they are now adults. This also applies to certain Canadians who reached 30 last September. 🙋 #seijinnohi #comingofage #japan #30isthenew20

As the Coming of Age Ceremony comes to a close, the new adults part ways to take part in casual gatherings that suit their taste. Some of them head home to continue the celebration with family and friends.

Others prefer to shop at nearby shopping districts while wearing their traditional costumes. Most of them prefer to hit clubs or grab drinks in popular bars across Japan.

Why You Should Choose Purple for Chinese New Year 2017